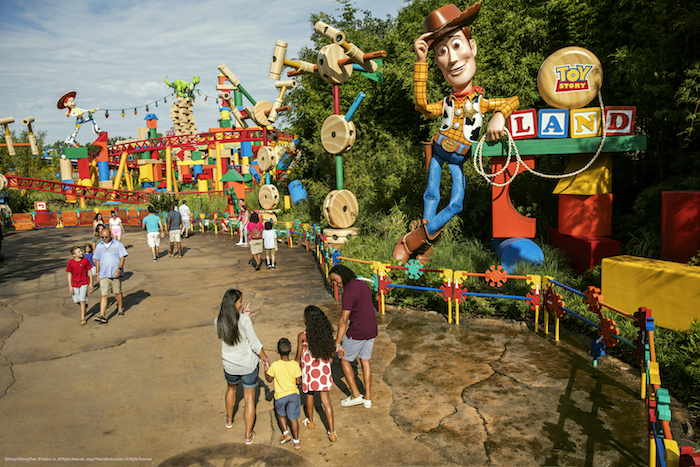 With the opening of Toy Story Land this summer, guests are in for a jolly good time as Disney’s Hollywood Studios®Toy Story toys.

Toy Story Land also celebrates what defines entertainment for kids of all ages. Crayola crayons, a Rubik’s Cube, Cooties, and other toys and games pour on the nostalgia for park-goers – and fascinate young ones. With building blocks around every corner, there are lampposts shaped like Tinkertoys and benches built from Lincoln Logs and K’nex pieces. A balsa-wood glider, a Barrel of Monkeys, giant playing cards and jacks add to the visual tapestry of the new land.

Sheriff Woody, standing nearly 20 feet tall, welcomes all to Toy Story Land by jauntily leaning on a tall assemblage of colorful wooden blocks, tipping his wide-brimmed hat to guests while holding onto his trusty lasso. 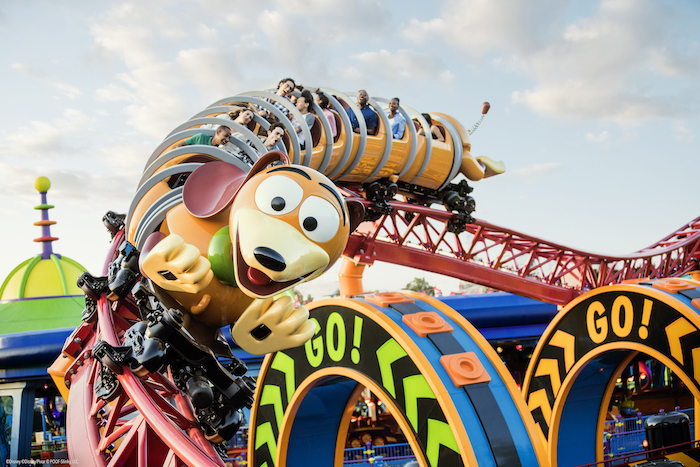 Slinky Dog Dash
This multi-launch, family-friendly roller coaster careens around bends and “catches air” over camelback humps as it runs across the 11-acre land. Be inside Slinky Dog’s coils as the lovable pooch twists and turns around the track. The attraction’s ride vehicles are spring-tailed spinoffs of Slinky, the iconic American toy from the 1940s. Riders of all ages delight as Slinky Dog bends and twists his coils around curves, over hills and down drops in the Slinky-est coaster ever. In each 18-passenger coaster train, riders zip around and above Toy Story Land, catching great vistas of all the new land has to offer. In a first for a Disney coaster, Slinky Dog Dash features a second launch at its midpoint as riders experience cool sound effects and spinning lights, darting through a series of rings on their way to the attraction’s finale featuring Wheezy, the squeaky penguin from the Toy Story films. 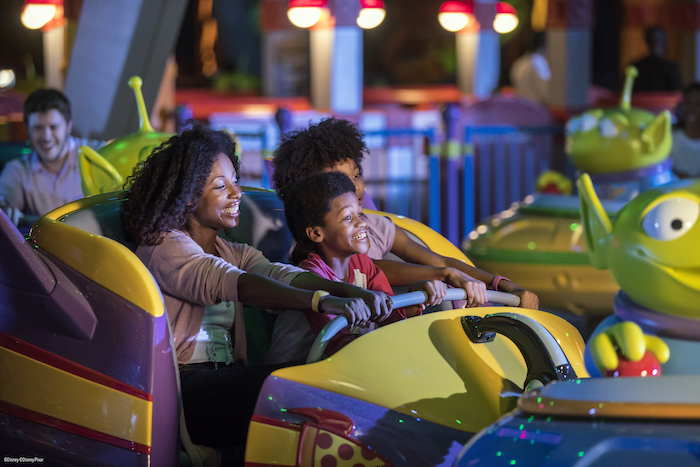 Toy Story Midway Mania!®
While Andy’s away, the toys will play! Toy Story Midway Mania! – one of the most popular attractions at Disney’s Hollywood Studios – receives a colorful all-new entrance. Evoking the fun in store, the entrance is actually the box Andy’s Toy Story Mania! game came in. Recently updated with a third track, the attraction allows even more guests to experience the carnival playset action, using virtual objects from baseballs to cream pies to hit targets in a variety of whimsical, fast-paced scenarios. To the highest scorer go the bragging rights!